In the footsteps of Santiago’s pilgrims
Content submitted by – Lili 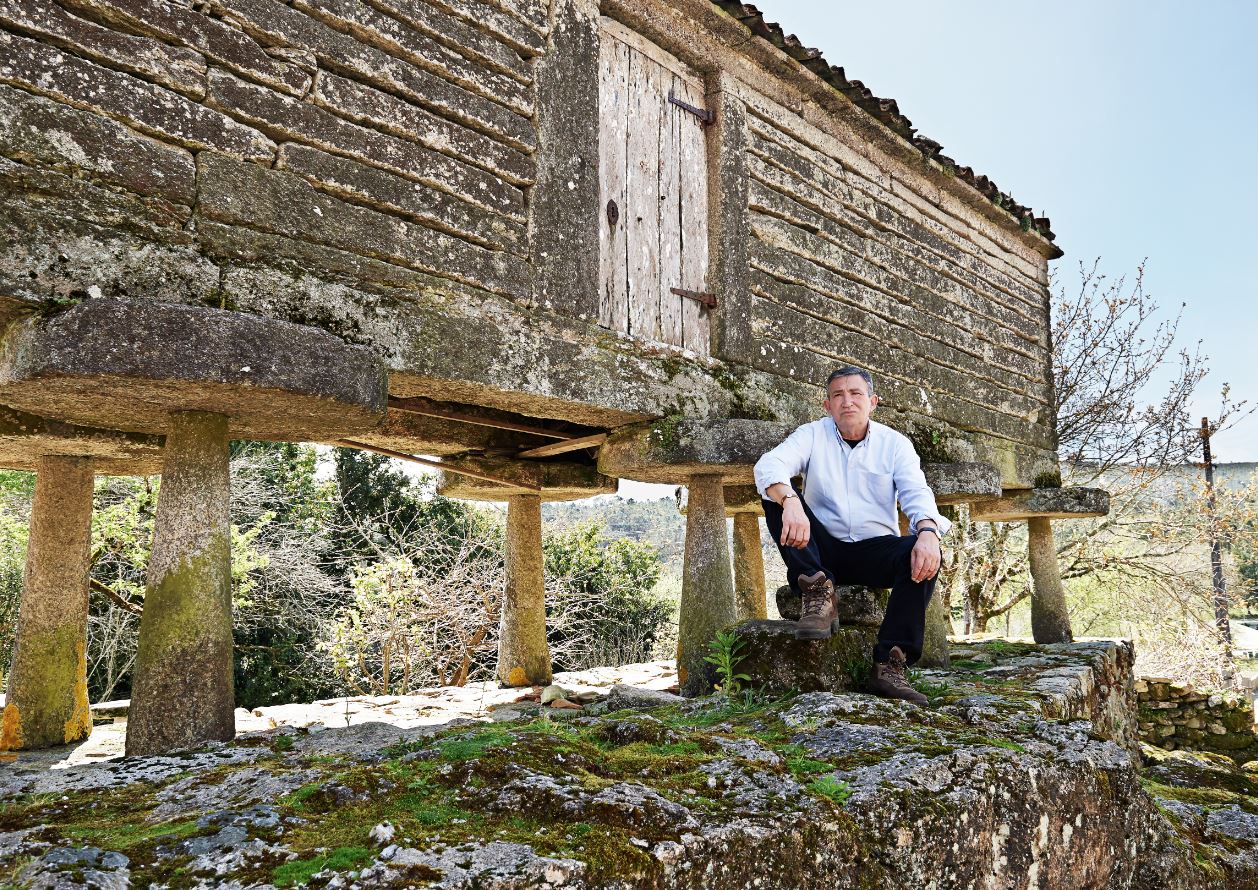 My name is José Antonio de la Riera, and this is my story… We are in a small village at the edge of Finisterre, Santiago de Olveiroa. My life is largely devoted to the recovery of places like this; in this case the Route of Santiago, in a work of research that is part of all my life. The Route has suffered centuries of neglect. It was a real challenge for us to recover those old traces. Apart from the historical research and field work we had to do, we found an almost universal skepticism. How could a medieval pilgrimage from ancient times be recovered at the dawn of the 21st century? How could we recover the road towards a distant grave in the west through hundreds of villages like Olveiroa? And yet the dream came true because of common values: with brains, heart and hands. Today man no longer seeks the forgiveness of his sins. Yet, if there are any common values to the nomadic man, it has always been the restlessness of the human being. We often say that the Route of Santiago is like the thread of an old rosary. The beads – the great cathedrals – are there, but what gives it life, is the thread of the rosary – the small villages like this one of which there are hundreds on the road. Small monuments, ‘cruceiros’, small shrines, churches – they form an impressive, tangible heritage. We have valued this heritage; the legends, the traditions and the old music. All this has exploded in the late 20th and early 21st century. At the start, there was nothing more than ruins in a region usually isolated, and yet the best of all Europe is coming here. It is all thanks to the recovery of the old roads to Santiago and Finisterre. And with the pilgrimages came cultural tourism, surrounding the whole phenomenon of the recovery of the old medieval environments. In 2010, the Holy Year of Compostela, over 272,000 pilgrims came to Santiago de Compostela to do a traditional pilgrimage meaning covering the trail on foot, horseback or bicycle. The road is a space of freedom, solidarity, adventure seeking, spirituality and a way to go. Many of them covered hundreds of kilometers, others thousands. Along the trail, a tourism sector that is respectful to the surroundings and respectful to the natural environment and the historical ethnography has grown. There is respect for the pilgrims, and economic benefit for the villages that were otherwise doomed to virtually disappear. But now with the Route of Santiago and the cultural tourism that has formed around it, we have seen a comprehensive and harmonic recovery. What I have learnt from this? That the traveling nature of man is immortal. The ‘Camino de Santiago’ completely distinguishes itself from the so-called religious tourism for many reasons, the main ones being its multiculturalism, its ecumenism, and above all because it retains the legends from the 5th century, such as the stoning in front of the old hospital of Roncesvalles. Here “the door opens to all.” This is my ‘workplace’. For centuries, thousands of pilgrims have passed on this ground we are treading, and I certainly do not know what my life would have been like without this ‘work’. We are now a cultural association – the Friends of the Camino de Santiago. In the future, this old passage of pilgrims, will be kept up for the next generation. I hope it will benefit all of these villages not only culturally and personally, but also in their social and economic development. They deserve to be reinstated in the modern era. The Route of Santiago certainly changes the lives of all who work on it. At this point, it would be difficult for me to imagine a life without this work.