Sanctuary for tradition and travellers
Content submitted by – Lili 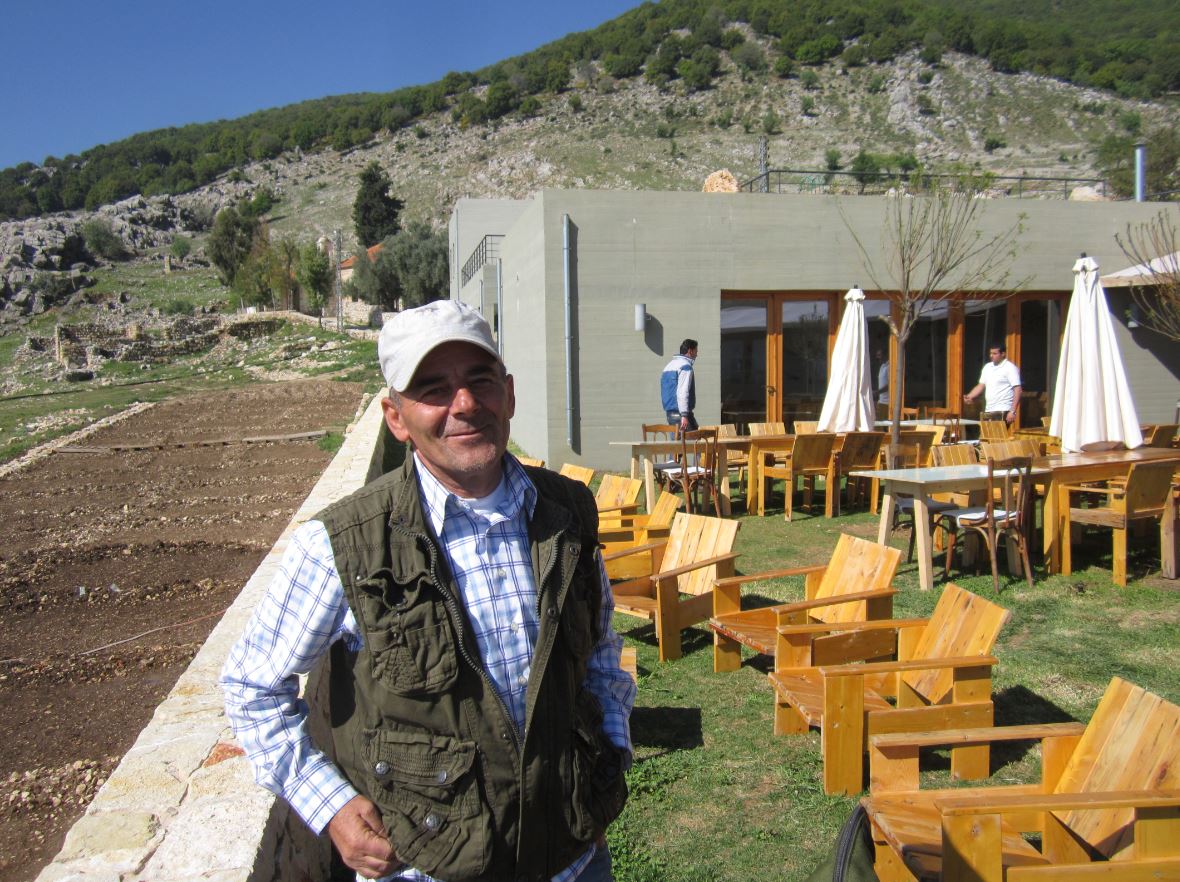 My name is Faisal Al Halabi, and this is my story…I was born and raised in this beautiful village, Aammiq, which is renowned for its peaceful and friendly people. I grew up loving to hunt. I was an expert game hunter. A few years ago when nature reserves started appearing in Lebanon, I met some of the young people working at the Shouf Cedar Nature Reserve. They began giving lectures on hunting methods and seasons. I became quite interested in these issues and started working in tourism. Through this, I met a young who explained to me what environmentalism was about and offered me a job. I became a true believer and went from being a hunter to an environmental activist. I worked with them at the reserve, as a team member, four or five years ago. Then I transferred to the Aammiq reserve. The Aammiq reserve was known for hunting, cattle grazing and logging; however, all activities were unregulated and environmentally harmful. Fortunately, when the Skaffs returned to their lands after the war, they took the initiative to create a reserve to protect the area. I moved from the Shouf biosphere reserve and started working with them in Aammiq. It’s an impressive initiative. I hope that all Lebanese officials and landowners would also take the initiative to protect the land. This has become a beautiful area with plenty of trees and wildlife. Many environmental projects are being carried out here. This is all thanks to the Skaffs, who greatly contributed to protecting the environment. The area has turned from a private land into an oasis of exemplary reserves. It is also a key stop for migratory birds as it features the largest freshwater wetland in Lebanon. Getting my family and friends to understand what I do was a challenge. Education is definitely the first step to persuading people. I began with my friends and family. Gradually, they all came around to the idea. The benefit is clear. Through our work, we have managed to turn 60% or more of the residents into advocates of the environment. Many young people embraced the idea and each began working within their preferred field, but always with a view to protect the environment. If I did not do this job, I think I would have become a farmer, although I don’t particularly like that line of work or find it satisfying, despite it being useful and beneficial to the environment – but it’s not my passion. I was offered many jobs but I feel most comfortable in this one. This is what I was meant to be doing. And it is part of tourism. I began working with my family in tourism almost 12 years ago. We offer tourists room at our family home; my wife handles the meals. We started with five or six people, and now we are hosting groups of up to a hundred – and that was before we opened the restaurant. Preserving the environment is not only good for tourism, it also creates jobs. This building has been under refurbishment for eight years in association with the Shouf reserve and A Rocha. It was supposed to be a hotel for tourists. But studies showed that the hotel would only benefit one family or two at most. So, they developed the project as an eco-restaurant – the first of its kind in Lebanon. All the food is organic and cultivated on the reserve. The restaurant has created jobs for 15 families. The restaurant and touristic services it offers have certainly increased the number of visitors to the area. Tourists can now enjoy high-quality meals in addition to hiking in the mountains. For me personally, my job has allowed me to meet people of different nationalities, and that is in itself extremely important. This is what I was meant to be doing.