Re-inventing the Government in Tourism
Content submitted by UNWTO – Grace 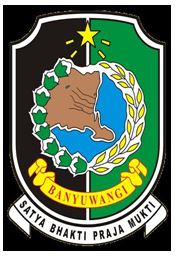 Before 2012, the regency’s name, Banyuwangi, was barely heard especially among foreign visitors. Despite its strategic position, next to the mecca of Indonesian tourism of Bali Island, and its wonderful natural assets from white sandy beaches to volcanoes, culinary products to cultural performance and sacred rituals, Banyuwangi remained a sleepy neglected small town. Within three years, the regency on the eastern tip of Java Island has won about 70 awards, with six of them on tourism sector, thanks to the radical transformation of the local government. Defying the usual negative perceived stereotypes of the local government officials, the local government has made a strategic move of reinventing the government. The decision includes, among others, blending its traditional functions to serve in areas of education, health, and social and to take care of the infrastructures, with a more goal oriented and powerful-branding-machine team and speeding up the decision making process and mutual inter-dependency among government officials. Armed with a simple communication technology such as Whatsapp and Blackberry Messenger, the usual three to four days of exchanging papers for administration has been cut into minutes of useful decision making process.