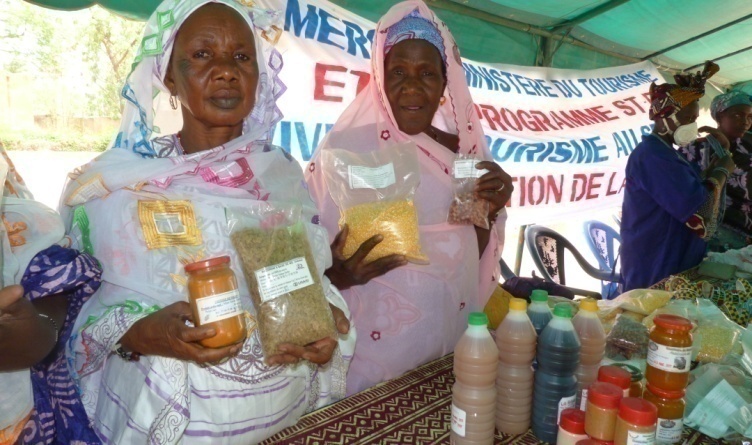 Women selling their produce at a local market in Mopti, Mali. Photo credit: Malian Office of Tourism and Hospitality (OMATHO-Mopti).

The region of Mopti in Mali boasts two prominent tourism destinations – Djenné, a flooding area, and Sangha, a non-flooding area. Women in Mali are highly engaged in the production of handicrafts, hotel services, restaurants, the supply of produce and product processing. In Mopti, many small camps, restaurants and eateries are run by women. Women also dominate several branches of handicrafts – including jewellery making, pottery and the dyeing of traditional fabrics like indigo and bogolan – as well as agricultural and processing activities like vegetable growing and the production of natural jams and fruit juices from local produce, such as tamarind, bissap and baobab. Nonetheless, great swathes of women in Mali are impoverished.

In this context, a project by UNWTO’s Sustainable Tourism - Eliminating Poverty Initiative (ST-EP) worked to support women entrepreneurs in the Mopti region, enabling them to become integrated into the tourism value chain and related local supply chains. Targeting community groups and vulnerable women in region’s leading tourism destinations, the project structured, organized and reinforced several women’s associations and cooperatives. Beneficiaries included:
– Women artisans in Djenné;
– The Sevaré/Mopti Agro-Food Processing Women’s Network;
– The Association of Women Produce Suppliers of Sangha;
– The Women's Hotel and Restaurant Association of Mopti and Djenné;
– Women tour operators, alongside food and beverage operators in the informal sector;
– Women’s associations in the Mopti region involved in tourism, agro-food, arts and crafts, and produce; and
– Tourism establishments in the Mopti region who support gender equality, especially in terms of job creation.