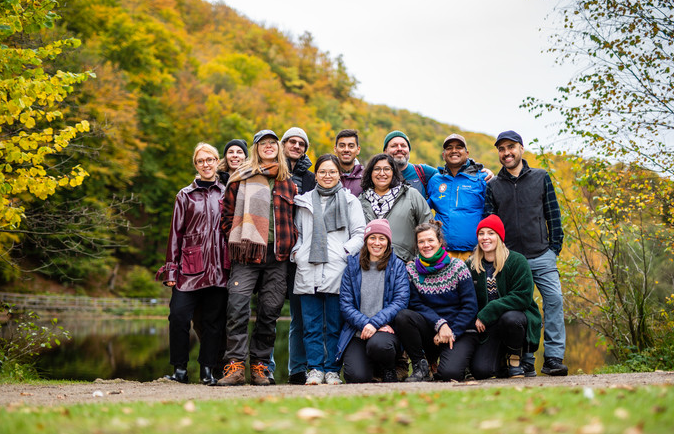 Tourism is not a singular phenomenon as visitors affect a location and its residents. There are societal changes brought on by tourism, such as greater employment opportunities, growth, and tax revenues that pay for services provided to residents. However, challenges can also arise with increased tourism. A location and its inhabitants can be negatively impacted by high tourism if people don’t take responsibility for their actions. To make a true contribution and a positive impact, tourism needs planning and integration into the building of society.

For us in Skåne – the southernmost part of Sweden, Tourism Matters. It’s all about working towards a sustainable future and being part of a caring and welcoming world. When we all work in the same direction, we can help solve global challenges.

Simply put, we make sure that tourism is not part of the problem, but rather a part of the solution.

Project Footprints focused on addressing problems created by the aggressive wear and tear of increased visitors at Söderåsen National Park, the pressure and negative impact visitors had on nature and nearby residents, as well as attempted to change visitors’ mindset.

There is a cost when people visit nature and don’t take care of it, visitors need to realise that a national park is a special place which deserves to be revered. Project Footprints’ goal was to change the mindset of visitors from that of consumers, to stewards. We explored how we could forge an anchored connection to nature among visitors, so they develop a sense of stewardship for a location.

This innovation project set a new standard of how DMO’s can collaborate with stakeholders and therefore was a unique way of working for all parties involved. Tourism in Skåne partnered with the County Administrative Board which is responsible for maintaining national parks in Sweden to try to find a solution for the damage resulting from increased visitor numbers. During the pandemic more and more people tried to find refuge in nature, however, many were novices and did not know how to behave properly.

Sweden is known for its Right to Public Access which allows people access to both private and public lands. However, there are exceptions to this rule and those exceptions occur in national parks. This is something that is not well known. Often visitors are aware of their rights, but not about their responsibilities. With the increasing number of visitors during the pandemic, there was an impact on the environment and local community around those high-pressure locations. If we want to make Skåne more attractive for all parties, then everyone involved needs to contribute to sustainable change.

As this problem impacted many different actors, we opened the door to the creative process. There was an Open Call in both our native Swedish as well as English to allow for greater reach. Everyone was welcomed to apply to take part in an intensive 7-day innovation camp at Söderåsen National Park. Instead of hiring a design company as we have done in the past, it is more democratic and interesting to hire people from different backgrounds and competencies. There were 70 video applications and from those we chose 10 to join the camp. There were people from North and South America, Europe, and Asia on the team with backgrounds ranging from behavioural science to a guide from Nepal. To make the onboarding process easier and faster, the participants lived together just outside the park, they worked according to the design thinking model in two teams and created solution proposals that were delivered to Tourism in Skåne and other public actors.

Another aspect of Project Footprints was using transparency as a tool for inspiring others. A film crew followed the innovation process throughout the week to create a documentary – Leave Nothing but Footprints, that would not only inform but encourage others to try open innovation.

There were many insights and lessons learned along the way, by capturing those in the documentary it sparked interest and created understanding about the complex challenges organizations deal with to provide the best experience for the public. That is why the film is accessible online for free (see link below) for everyone to watch and hopefully be inspired to try something new. The documentary has led to many new requests for collaboration, inspiration and stimulated interest into solving the problem nationwide. By using design methods and innovation to proactively address problems now, we can safeguard our natural treasures for the future.

Watch the 'Leave Nothing but Footprints' video here