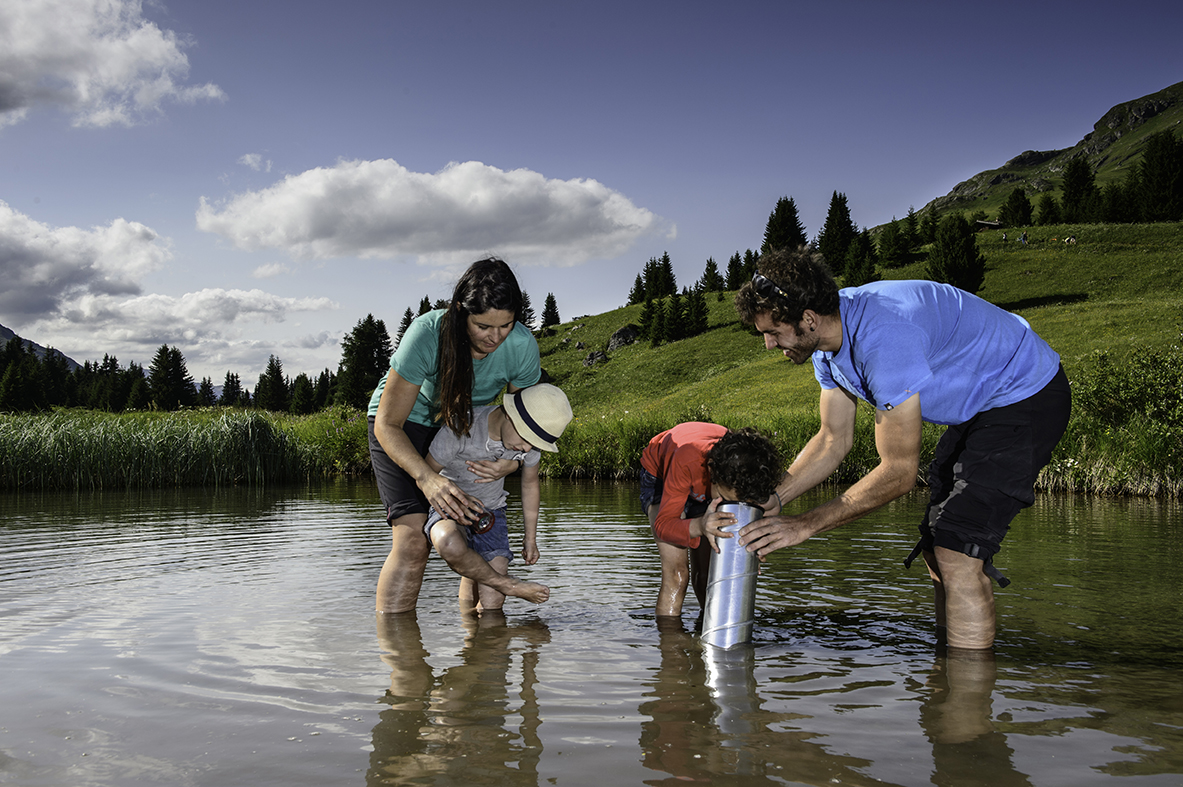 The Forscherparcours is a themed trail on the subject of biodiversity in Parc Ela, Switzerland's largest nature park. Professor Fix takes children and their families on adventure through the moors on Alp Flix. The trail includes six stops where kids can use the researcher’s kit and diary to observe the surrounding nature. With the utensils from the kit, families can cast animal tracks or build a water wheel. Puzzles, a spider hoover and a beaker magnifying glass allow children to explore the creatures in the water, in the bog and in the fields. The researcher's diary accompanies the young researchers on their hunt. It also contains background information on Alp Flix, its valuable habitats and the origins of this magnificent moor landscape. The texts invite the children to take a closer look and teaches them about nature’ riches.

The course leads along existing paths. Simple information boards have been set up on site. 2 additional aids are installed each summer with minimal intervention. The trail can also be visited without a kit. The trail was created more than 10 years ago and is still more popular than ever.

For the Parc Ela Association, it is a classic environmental education and awareness-raising project, with the emphasis on inviting people to take a closer look. "Only what you know, will you love – only what you love, will you protect" is the logic behind it. This also generates the understanding not to enter the lake, which is located in the marshland of national importance.

The kit is produced in ARGO, a workshop for the integration of people with disabilities, and sold for CHF 38.